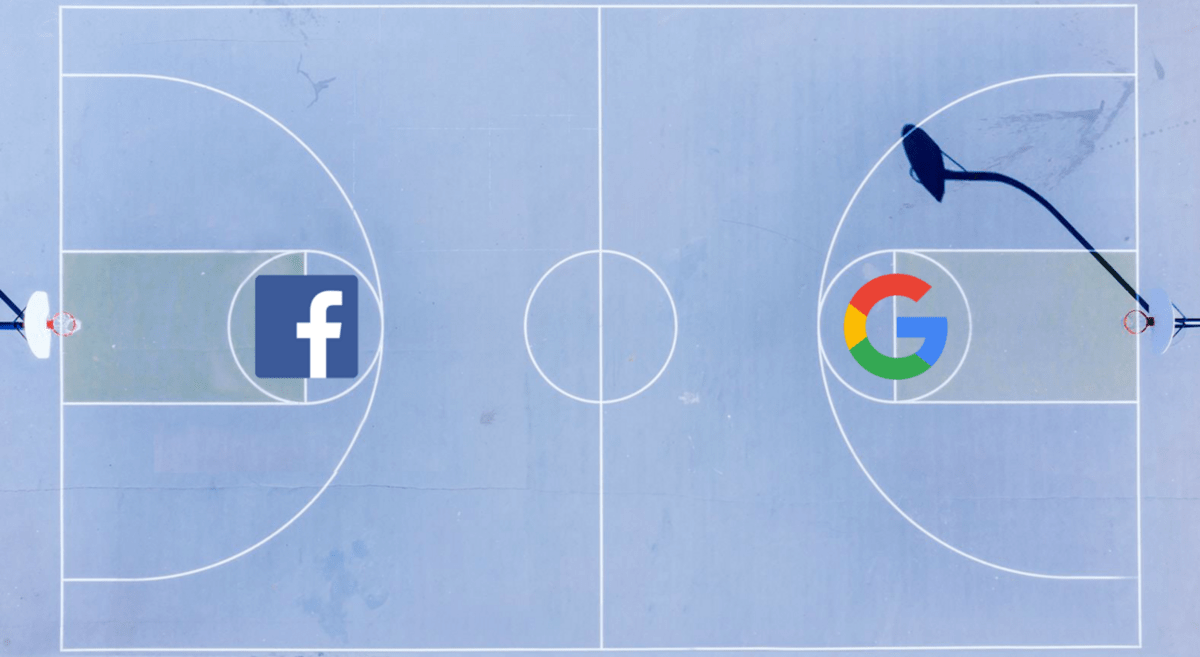 If you’re researching best practices for software testing, Google and Facebook are among the biggest trendsetters in QA. So how are the giants ensuring software quality in 2018?

Let’s see if the Google Testing Blog and Facebook Engineering Blog can help us answer this question. This post will piece together the bits of first-hand info from these two resources, as well as comments from Googlers and Facebookers. Without further ado, read on for a high-level overview of how Google tests software in 2018 or jump to the section covering Facebook.

One peculiar thing about Google is the massive codebase it owns. InformationIsBeautiful estimates that Google maintains about 2 billion lines of code for its internet services. To draw a comparison, it takes ~50 million lines of code to operate the Large Hadron Collider.

At Google, ensuring test coverage for code is mostly the job of the developers who authored that code. There are no dedicated testing departments, either. Instead, software testing falls under the jurisdiction of the branch known as Engineering Productivity (Eng Prod).

That doesn’t mean, however, that there are no testers. Quite the contrary, Google has two testing-related roles: Test Engineer and Software Engineer, Tools and Infrastructure.

SETIs are engineers building, orchestrating, and continually improving tools, frameworks, and packages used in software development and testing. Originally known as Software Engineers in Test, this role expanded beyond product testing. To mark this move, Google rebranded the SET role to Software Engineers, Tools and Infrastructure (SETIs) in 2016.

The key responsibilities of SETIs include:

Based on the data from 2014, Google leverages an internal opt-in system that automatically measures code coverage on a daily and per-commit basis:

As the TE role description states, Test Engineers at Google aren’t manual testers. Rather, they act as specialist whose guidance developers use when automating tests. As a result, manual testing is never a go-to method for catching regressions or covering standard functionality.

Still, no company can exclude manual testing from its production process. Google is no exception to this rule. Specifically, manual testing has its place in the following cases:

Even in 2018, people still talk about “moving fast and breaking things”, the motto that Mark Zuckerberg officially ditched four years ago.

The hacker-celebrating approach gave way to a new mantra — “Move Fast and Build Things”. A few years later, this changed, too, to “Move Fast With Stable Infra”, and later to “Move Fast”. Needless to say, breaking things is no longer on the Facebook to-do list.

Today, the developers at Menlo Park are maintaining a gigantic web platform that exceeds 60 million lines of code. Moreover, Facebook is the third most-used website of 2018, following Google and Youtube. So what sort of an infrastructure and testing strategy allow Facebook to assure the quality of its software?

Much like Google, Facebook shows little strategic interest in hiring teams of dedicated automation engineers or manual testers. At Facebook, it’s mostly the developers’ job to assure the quality of their code.

The core software delivery at Facebook builds on a “push from master” approach, meaning there’s no release branch acting as a safety net. This strategy ensures fast continuous delivery, yet it requires rigorous testing. To make this possible, Facebook relies on an array of automation tests, including the AI-based Sapienz and Infer. Peer reviews and linting are also a must for all new code.

Whether code coverage is sufficient at Facebook is really a matter in question. Only in June 2018, Facebook bugs made it to headlines on two separate occasions. On June 7, the company admitted having accidentally changed sharing settings to “public” for 14 million users. On June 22, about 3% of app beta-testers (i.e. end users) received an automatic email containing sensitive business information from Facebook.

Still, blunders are inevitable given how huge and fast-paced Facebook is. There’s also quite a bit of legacy architecture (and technical debt) that Facebook has inherited from its move-fast-and-break-things years. Here’s how the social media giant deals with all of this:

The 2018’s state of QA at Facebook is, basically, Facebook testing its software with its own tools. Or, at least, the company is moving in that direction. Here’s a short list of the software testing tools that Facebook has built (or bought) in the past few years:

Based on the comment from Jackson Gabbard (linked above), Facebook took huge steps towards automated software testing in 2013. Still, you can’t really automate everything. Things like exploratory testing and ad hoc testing are manual in all companies. Facebook is no exception to this rule.

These two takeaways are the reasons our team is developing Screenster. We believe that automation tools should test software from the end-user perspective, which makes UI testing crucial.

Another crucial point is test automation shouldn’t require a staff of dedicated coders. Routine coding is never a good use for engineering talent, and Google’s approach to testing proves that.

If you share this vision of automated testing, here’s how we implement it in Screenster: